The Life of Bill Underdown

The Underdown Recreation Area got its name from all-around tough guy, William Underdown. In 1855 he was born into a family of English sheep herders near Dekalb, Illinois. He headed off to Mt. Edna, Iowa to become a prize winning farmer of sheep, Angora goats, and Guernsey cattle. There he caught the eye of 27-year-old Louisa, and they were married in 1881. The couple lived in Lincoln County for 13 years before returning to Illinois. Louisa died there of a long term illness in 1918 after 37 years with Bill. They had no children.
Underdown came back to Wisconsin to homestead the 170 acres that are part of the county forest today. At this point it gets hard to separate the Underdown legend from reality. Many stories tell of Underdown staying busy with customers who came for miles to buy his Underdown Moonshine. Other stories depict him as a hermit who rarely went to town and had various tricks for keeping strangers away such as fake trip-wired gun positions and naked berry picking. He was known by most as a kind man who wouldn't harm anyone including the mosquitoes that he allowed to swarm around him. He was well-liked and well-remembered so much so that the area around his homestead was already starting to be known as "Underdown Country."
Underdown was above all, a tough guy. He baked his own bread and farmed that hilly terrain around his homestead. Anyone who has found the huge rock piles in the pine plantation where his gardens used to be will know that his was not an easy place to be a farmer. Underdown also earned a living as a cook in lumber camps and a logger himself. An article found tucked in his Bible tells of the year that he alone put 330,000 feet of logs into the Prairie River.
As Underdown aged, his health did not always allow him to survive on the homestead. At one point he became so sick that he returned to Iowa to die. Underdown survived Iowa and returned by train. The friend who finally got him home was surprised to find the house with leftovers on the table just as Underdown had left them before his trip. On the 4th of July, 1943, Underdown did die in Lincoln County from complications following a hip fracture. He was 88. He had spent his later years in the care of the county, and in the end he lost his land to the county to pay bills.
Sometimes when you attempt something extremely hard like a 12-hour mountain bike race, it's good to think of Bill Underdown and remind yourself how easy we have it in the 21st Century.
Join me July 24th for Bill Underdown's Roubaix-style Group Ride. The BURGR is a semi-formal 90-100 mile dirt road ride through Underdown Country on roads similar to Horn Lake Road. Cue sheet coming.
Posted by thunderdown12 at 9:08 PM

With trail runs the next weekend! 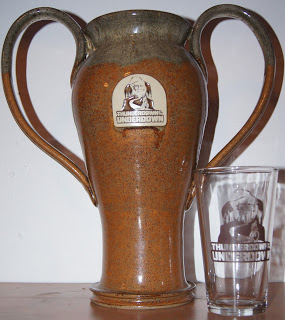 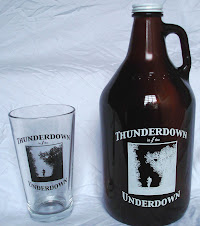 Gleason Weather Forecast, WI (54435)
Prairie River Volume *At a volume of 140cfs of higher the Prairie is ready to paddle and the Dells are ready to tube.
Wolf River Volume
Eau Claire River Volume

Please give your opinion about the snowshoe trail pass.